Above the clamour of media commentary surrounding the General Election, the University of Nottingham tasked us with putting its voice and opinions on student issues front and centre in the local media.

Putting questions directly to parliamentary candidates via hustings events, their answers on student issues were reported back to political journalists writing for target publications. Alongside the analysis and release of voter turnout data, social media strategy and training were delivered to maximise the university’s exposure online during the election campaign.

The University of Nottingham got more than its fair share of the media spotlight during the election period. Its four key campaign messages were all covered at length and parliamentary candidates were forced to give their take on the University’s proposals, ensuring the student voice was heard across Nottingham. 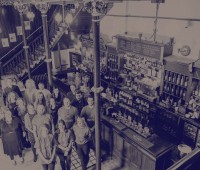