If I had a pound for every time someone’s asked me how I’ve made videos go viral, I’d have enough to stuff a large sock with to beat them around the head.

Yes, ok, there are a few common denominators that I can reel off to placate people – keep it short, write a catchy title, publish early in the week and have a narrative. It’s important to have a distribution plan (is our audience on Reddit or B3ta, Mashable or Huff Post?), bear in mind social triggers and the element of surprise, capture attention in the first few seconds and consider having a subtitled version for Facebook. On the whole though it comes down to a few things – be different, be awesome, or just happen to be in the right place at the right time.

‘Going viral’ isn’t something we should be trying to achieve.

Sure, we want people to see our video – but we want the RIGHT people to see it. Getting our message to the right folks is what we should be considering. A client doesn’t care if a million people see a video, they want to see return on investment with a specific audience.

Creativity is a big factor – no one’s going to up-vote something they’ve seen done before or an old idea rehashed. If it’s good enough and you’ve got your distribution right, it’ll find its market. Working towards viral is just a clipboard full of boxes people want to tick – the point ignore all of that nonsense and keep the reasoning for targeting those people front of mind.

Production values are important. Unless it’s just a mobile phone video of a dog doing something epically cute, it needs to be of a standard worthy of a film school regular (whether that’s lighting, camerawork, editing, pace, script and direction). That’s what people expect nowadays, even from home videographers.

Here’s where the power of brainstorming comes in. Some of our most successful videos have come from chewing the fat in the office: “What if we stick Brian Blessed in the boot of my Smart Car and get him to pretend to be the satnav?” See what I mean? Yes, ok, ideas don’t come to everyone and it helps to have a few misfiring neurons in the team – but that’s exactly why people pay us.

We can see what’s worth developing and what’s not.

One question we often ask clients is how we can be of practical value, which is where the modern crop of popular overhead cooking and craft videos have sprung from. Sometimes, especially for B2B, instead of asking if this will entertain, we have to ask if this will be of value to the target audience. Clients also pay us to share and seed video in the right places, and that comes from good targeting and knowing people with sympathetic followings. It also helps if we have our own networks, are natural communicators and have strong media lists.

I still enjoy doing this, twenty years on from my BAFTA, guerrilla film making and film school days, because it’s ‘real’ and a natural way to tell stories. And telling stories is what we do.

Don’t make me use the sock. 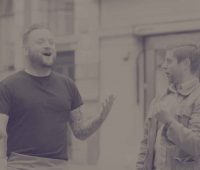 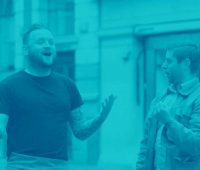 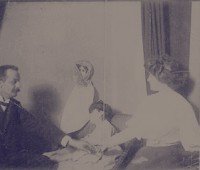 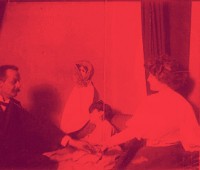 How SEO, PR and Social Media work together